In a prior post, I gave an overview of the OpenStack CI system and how jobs were started. In that I said

(It is a gross oversimplification, but for the purposes of OpenStack CI, Jenkins is pretty much used as a glorified ssh/scp wrapper. Zuul Version 3, under development, is working to remove the need for Jenkins to be involved at all).

Well some recent security issues with Jenkins and other changes has led to a roll-out of what is being called Zuul 2.5, which has indeed removed Jenkins and makes extensive use of Ansible as the basis for running CI tests in OpenStack. Since I already had the diagram, it seems worth updating it for the new reality.

While previous post was really focused on the image-building components of the OpenStack CI system, overview is the same but more focused on the launchers that run the tests. 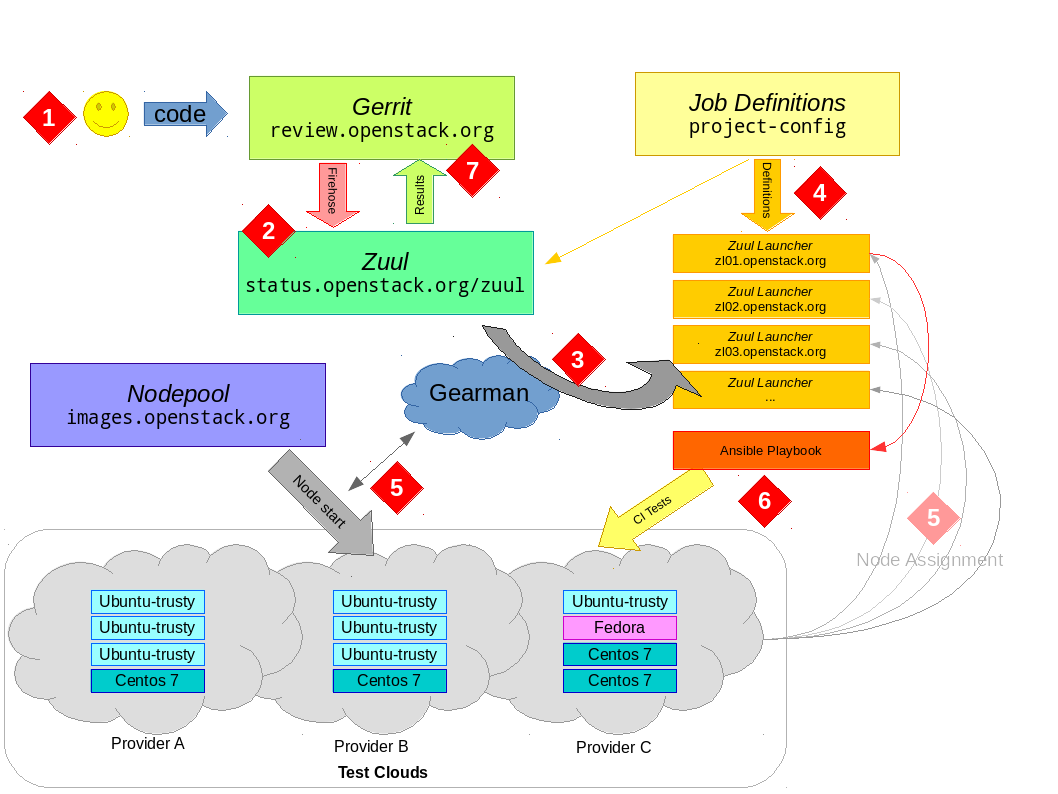 Work will continue within OpenStack Infrastructure to further enhance Zuul; including better support for multi-node jobs and "in-project" job definitions (similar to the https://travis-ci.org/ model); for full details see the spec.